As part of the French Presidency of the Council of the European Union, the Supreme Audit Institution (SAI) of France held an international conference on the future of Europe after the health crisis on 14 and 15 March 2022. The President of the Slovenian Court of Audit, Tomaž Vesel, participated in the discussions among the heads of the European and other Supreme Audit Institutions. On this occasion, the presidents of SAIs signed a joint statement with the purpose of making a commitment to fruitful cooperation among the institutions after the COVID-19 pandemic in order to protect the values and principles that are the foundations of the rule of law. With the joint declaration the presidents also condemned the unwarranted military attacks by the Russian armed forces against Ukraine and expressed support to the Ukrainian people. 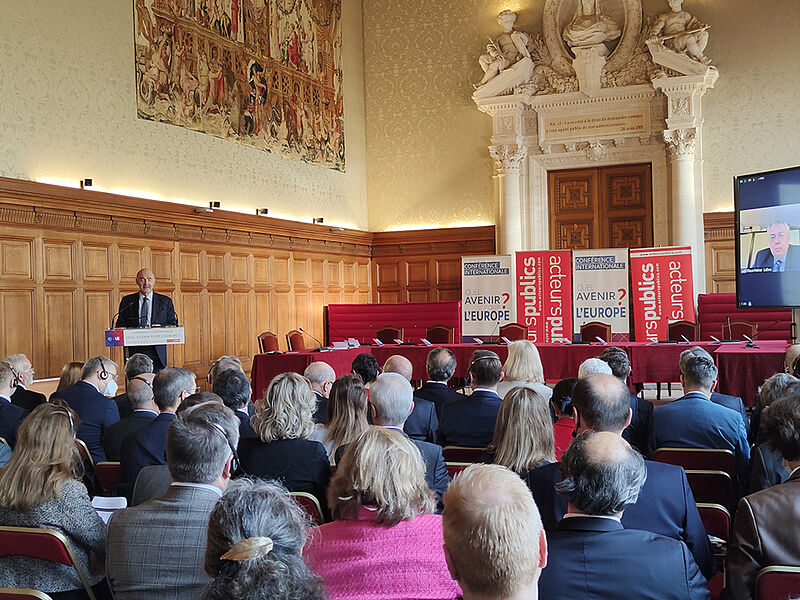 The first day of the conference was dedicated to the exchange of experience gained during the health crisis, the analysis of the roles of SAIs and the exchange of good practice to be applied when meeting future challenges. The conference was opened by the host Pierre Moscovici, the First President of the SAI France, who pointed out the key role of SAIs in ensuring efficient use of public money. The attendees were also addressed by the President of the European Court of Auditors (ECA), Klaus-Heiner Lehne. Several round-table discussions followed, namely about monitoring the efficiency of actions for tackling COVID-19, supervising the regularity of expenditure during the health crisis and about strengthening and reforming SAIs. The event joined more than 370 participants from several SAIs and other institutions. The first day ended with the closing speeches by Pierre Moscovici and Federica Mogherini, the former Representative of the Union for Foreign Affairs and Security Policy. 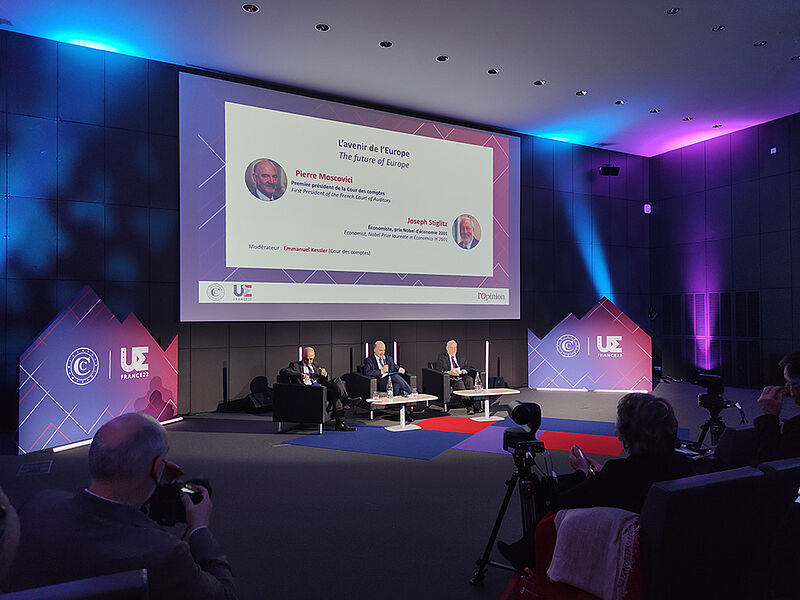 On the second day of the internal conference, an open forum for civil society was held, bringing together experts from public and private sector, representatives of national and international institutions, academicians and citizens. They discussed the topics that would shape the future of Europe. The session was opened by Pierre Moscovici and Joseph Stiglitz, the winner of the Nobel Prize for Economics. As part of the forum, there were round-table discussions on reforming the European framework of public finances, European social and healthcare policy, economic, industrial and digital recovery, and sovereignty and green Europe. This open dialogue on the Europe of tomorrow involved more than 900 participants.

On the margins of the event, several live bilateral meetings also took place.