To express an opinion on performance concerning the issue of prostate cancer.

Audited period:
From 1.1.2014 until the issue of the draft audit report 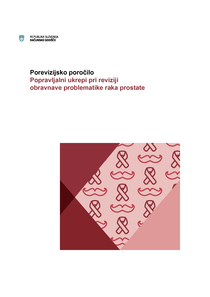 Document is available in Slovenian language. 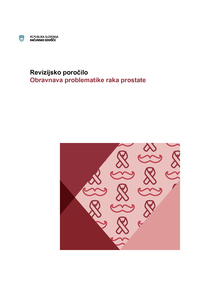 In the period covered by the audit the Ministry lacked an overview of all available operating rooms and required equipment for the needs of urological treatments. It also failed to perform analyses regarding the sufficient number of personnel required to ensure appropriate and timely urological treatments. The data the Court of Audit obtained from the hospitals show that the lack of operating rooms available and the lack of personnel (mostly urologists, anaesthesiologists and nurses) hinder and disable performance of higher number of surgeries, which extends waiting periods for urological surgeries. In some hospitals waiting periods for certain surgical treatments (benign diseases) were up to two years.

More efficient treatment of patients would be enabled by the computerisation of medical documentation (standardisation of key types of medical records, computerisation of complete data on diseases and unified electronic record of diseases by patients with a malignant disease), which the Ministry failed to provide in the period covered by the audit. Computerisation of such data would also facilitate comparison of treatment in terms of quality between prostate cancer patients and oncology patients in general. The quality of treatment and equal treatment could be significantly improved also through the introduction of clinical guidelines and pathways which in Slovenia have not yet been adopted at secondary and tertiary level.