Challenges in the field of healthcare 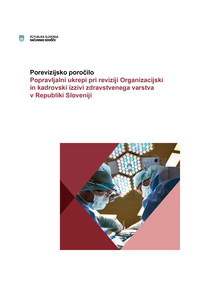 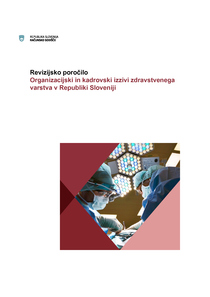 The Court of Audit assessed that in the period covered by the audit the Ministry was not efficient.

The first part of the audit report includes an analysis of 46 regularity and performance audits of operations of the Ministry already implemented by the Court of Audit in the past. Pointed out were some key recurring risks further presented in the continuation of the audit report.

The Ministry did also not make clear assessments covering the situation analysis and forecasts of future
long-term human resources needs. Nevertheless, on the basis of the Ministry's and of other stakeholders' documentation, publicly available reports and analyses the Court of Audit came to a conclusion that the Ministry lacked the overview of the healthcare staff utilisation.

The Court of Audit demanded from the Ministry to implement the required corrective measures, namely to continue with the activities the Ministry had already been carrying out (some even before the performance of the audit) to provide more efficient regulation of the audited field. It also recommended to the Ministry to re-examine its internal operations, especially interrelation and cooperation of individual organisational units, which are the key elements of disclosed inefficiencies as assessed by the Court of Audit.