On 14 and 15 April 2021, online sessions of the EUROSAI Governing board and a plenary session of the XI EUROSAI Congress took place. The Congress, which is organised by EUROSAI every three years, hosted more than 200 participants from more than 50 institutions, among them was also the President of Slovenian Court of Audit, Tomaž Vesel, with his delegation.

The Congress was originally planned to take place in 2020 in Prague in the Czech Republic but was postponed to a later period due to the COVID-19 epidemic and, on the proposal of the SAI Czech Republic, it was divided into two parts, whereby the first included meetings of the EUROSAI Governing board and a plenary session that were conducted online, while the second, technical part including an ordinary conference and in-person workshops that will take place presumably in 2022 in Prague if conditions permit.

At the plenary session, the SAI Turkey, which is the current chair of the EUROSAI, handed on the rotating presidency to the SAI Czech Republic. The event was among others also the opportunity for the EUROSAI members to take note of the past and planned activities of the EUROSAI working and project groups, to adopt a strategic plan for the following period and to approve the 2022-2024 EUROSAI budget. Presented was also the cooperation with the International Organisation of Supreme Audit Institutions (INTOSAI) and the INTOSAI Development Initiative (IDI).

Furthermore, two new members of EUROSAI Governing board were elected by voting, namely UK NAO and SAI Lithuania, and EUROSAI external auditors SAI Croatia and SAI Bulgaria were elected. It was also agreed on the next, XII EUROSAI Congress to be organised by the SAI Israel. 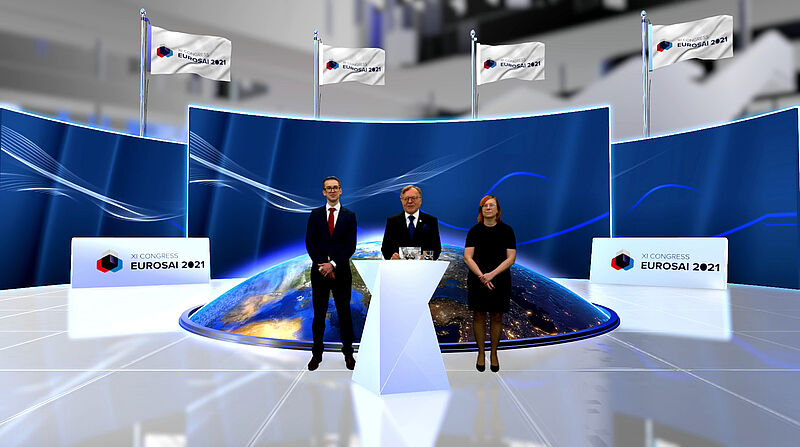